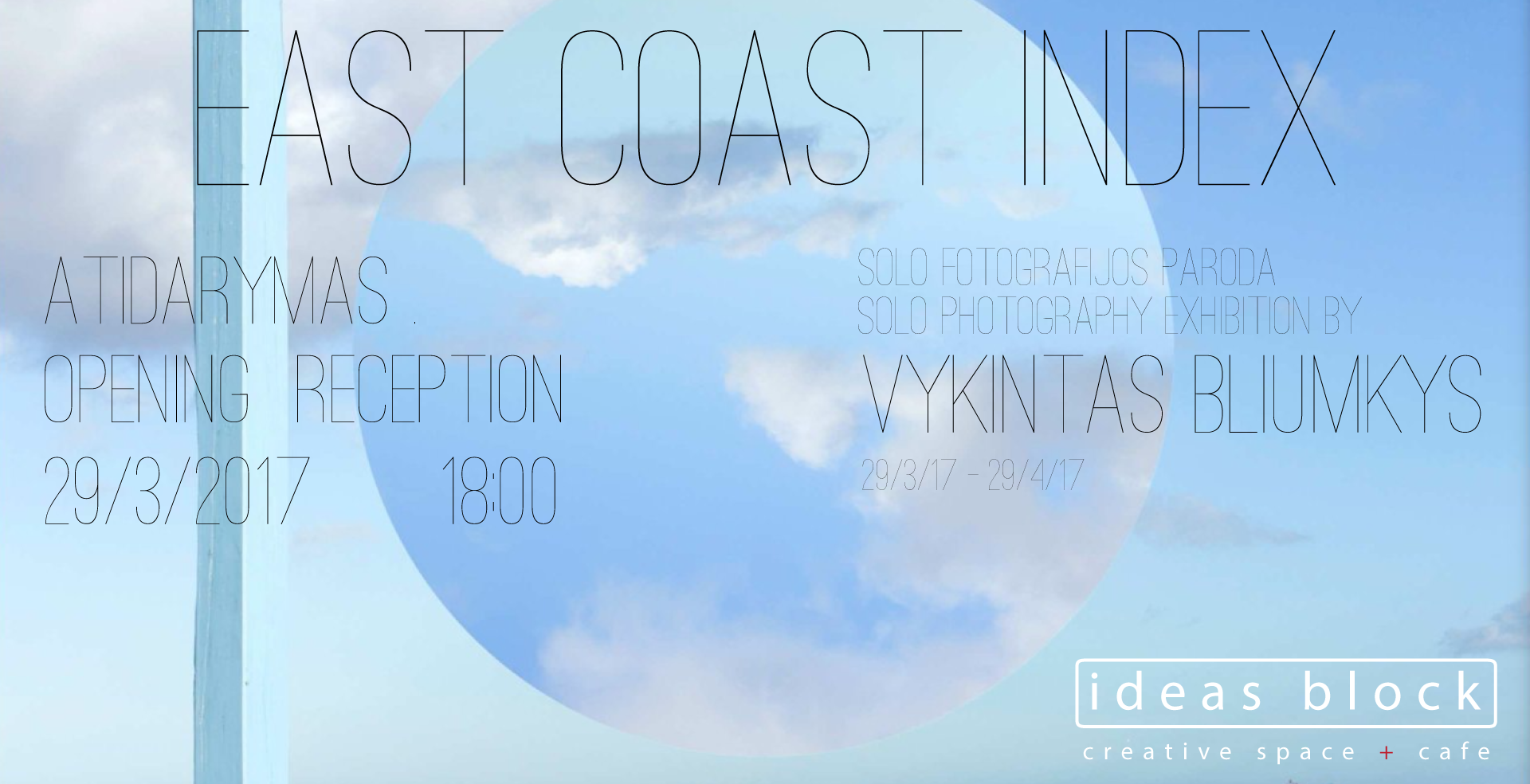 “EAST COAST INDEX was born out of frustration about the outcome of the Scottish independence referendum in September 2014. The key element of the project is the documentation- indexing- of the landscape of the East coast of Scotland. The camera facing East and North towards mainland Europe and Scandinavia over the sea is a tool for finding connections and evaluating my own position in the future of the country I lived in at the time.”

We invite you to the reception of the exhibition by Lithuanian photographer Vykintas Bliumkys at Ideas Block’s gallery. The project was developed while Vykintas was living in Scotland and at the turbulent time of the country’s referendum for independance. The exhibition will run from the 29th of March till the 29th of April.

Ideas Block turns 6! For that occasion we are gath

Next week we will have jam sessions every day: 6-1

Join and enjoy ceramics every Wednesday! For mor

This Friday, 20th of January, join us in Kompresor

We are starting kids aerial classes, every Tuesday

This Saturday we'll be working along with bacteria

Tonight we have music inspired by jazz, rock, nois

When this happens, it's usually because the owner only shared it with a small group of people, changed who can see it or it's been deleted.
View on Facebook
· Share